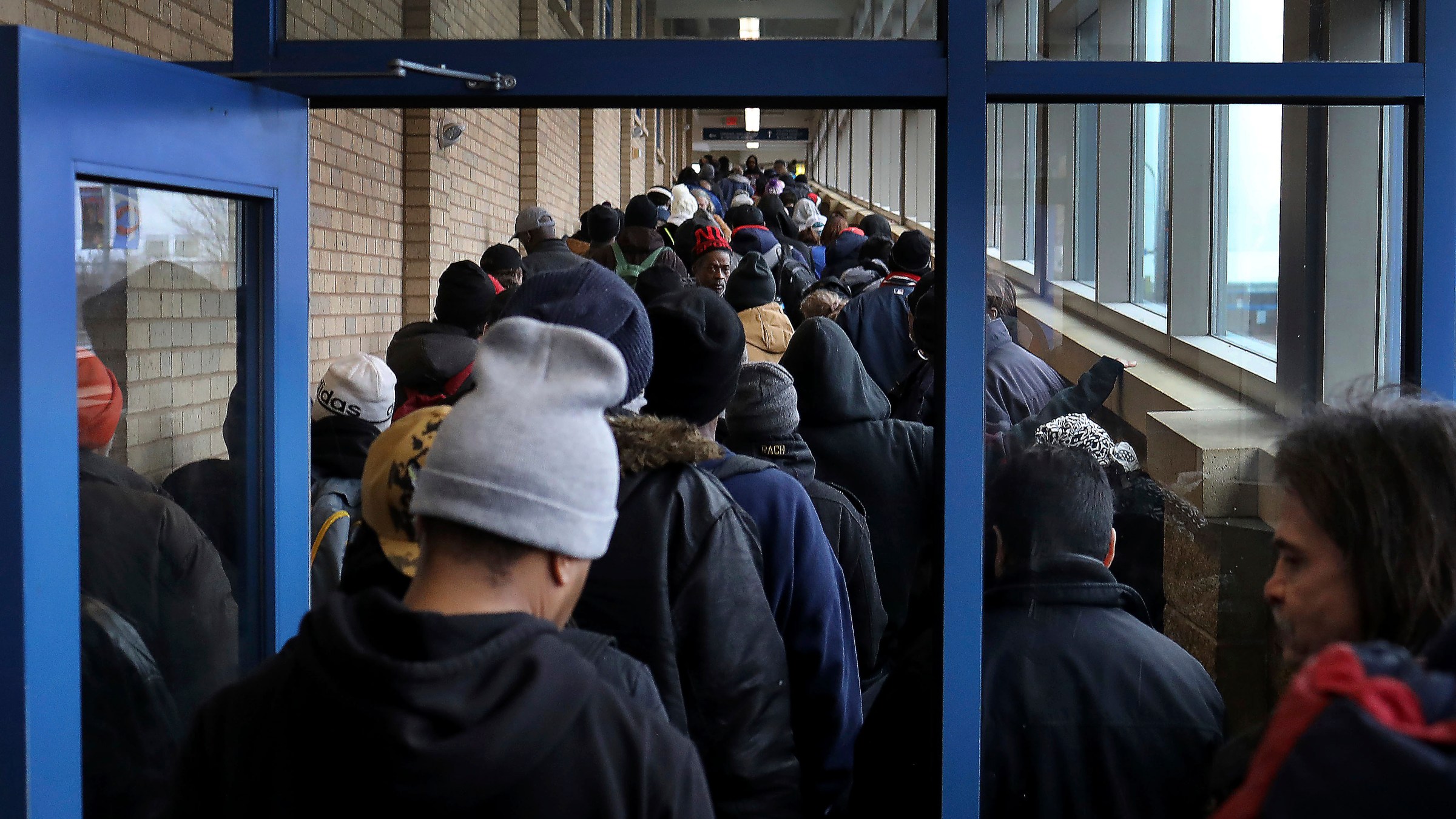 People line up at a food bank

A recent New York Times report (NYT, May 6, 2020) laments: ‘New research shows a rise in food insecurity without modern precedent’. No, the newspaper of record was not referring to a poor country. It was ruefully acknowledging the sorry state of affairs in the world’s most powerful and affluent nation, namely, the United States.

Food insecurity is defined by the US government (Economic Research Service of the US Department of Agriculture) as a condition in which ‘…households were uncertain of having, or unable to acquire, enough food to meet the needs of all their members because they had insufficient money or other resources for food.’

Food insecurity leads to hunger. In 2018, 11.1% or 14.3 million households were deemed to be food insecure and hence at risk of suffering from hunger.  The incidence of hunger has always been sizeable in the USA – reflecting the persistence of poverty and low and stagnant real wages for a large number of workers, especially in the service sector. There was a noticeable reduction in food insecurity in recent years after this measure experienced a spike during the 2007-2008 global financial crisis.

Now, it appears that the sharp recession caused by COVID-19 has created the spectre of large-scale hunger. There has been a surge in demand for ‘food banks’.

Feeding America, an organization that acts as an anchor for community-based feeding programmes that serve over 40 million Americans, offers some grim projections based on the following scenarios.

Figure 1 shows the likely impact of COVID-19 on the incidence of hunger in the USA based on the above scenarios and compares it with historical benchmarks. The projected rise in food insecurity is indeed historically unprecedented. Surveys undertaken by Brookings validate the above findings. The Brookings survey results on food insecurity in the USA following the COVID-19 pandemic are shown in Figures 2 and 3. Analysts who specialize in the study of food insecurity in USA and organizations such as Feeding America are urging the US government to undertake appropriate policy interventions to mitigate this sharp rise in hunger in the USA. A notable proposal is to increase the real value of food stamps that operate under SNAP (supplemental nutritional assistance programme). Whether this will happen remains to be seen as SNAP seems to have become ensnared in political bickering between the Democrats (who favour an increase in the real value of food stamps) and Republicans (who do not).

The harsh reality is that unless appropriate measures are expeditiously undertaken, the increased incidence of hunger in the USA will take a long time to abate. As the experience of 2007-2008 global financial crisis has shown, the rise in food insecurity took about 10 years to revert to its pre-crisis level (see figures 1 and 3).